I realise now, why so many backpackers come to Australia and only travel the East Coast. Three of Australia’s largest cities can be found along this coast (Melbourne, Sydney, Brisbane), in addition to some of the most popular backpacker towns (Byron Bay, Airlie Beach, Magnetic Island, Cairns). It’s incredibly simple to travel up or down, whether you fly, take public transport or drive yourself. As it’s something that literally everyone does, there are tour companies or travel agents available just about anywhere to make recommendations and book your excursions along the way.

You might have heard of other Australian cities, like Alice Springs, Darwin, Perth and Adelaide, all of which are easily accessible. Although a little more out of the way, Aussies live in these places year-round, and if not travelling through, backpackers might choose to stop here for jobs or regional work.

The rest of Australia is another story.

Australia is the 6th largest country in the world and the only one that is also a continent. Roughly 85% of the Australian population lives within 50 kilometres of the coast, leaving huge, vast amounts of empty, inhabitable land between. If you think there’s a whole lot of nothing else, you’re wrong. There’s a good mixture of lush green national parks, lakes, dessert, rocks, craters… 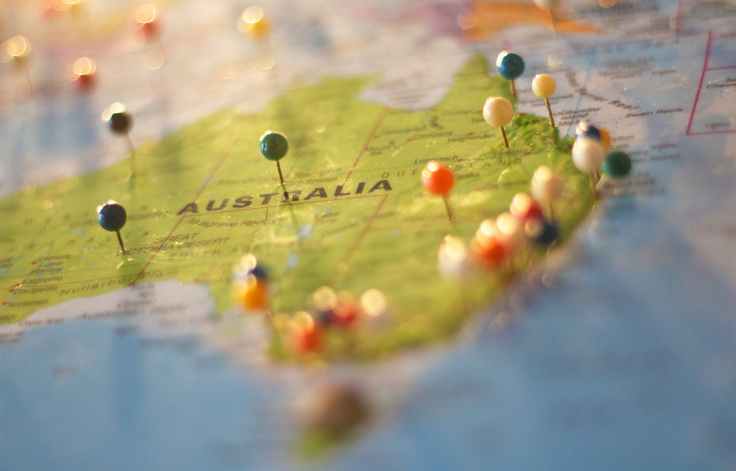 What does it take to plan a road trip through the rest of Australia? Well, I’m figuring it out as I go.

What do we need?

Let’s start with the basics: you can’t complete a road trip without a car. Matt and I travelled the East Coast with Greyhound bus pass, and have lived in Cairns CBD ever since, so we never thought to purchase our own vehicle. Renting a vehicle is very expensive, so that’s out of the question. We could purchase from another backpacker, but what if the car breaks? Ugh.

The other thing we need to consider is travel mates, which are important for two reasons: safety and costs. Like my mama always said, “There is safety in numbers”. When planning an outback trip, her words ring loud and clear. Having more people join means we can share the responsibilities (driving, cooking, packing, cleaning, planning, etc) and lesser overall costs. We’ve heard a few horror stories from friends who road tripped together, and it ruined their friendships, so we’d have to carefully consider who to go with.

The other obvious need is camping equipment and a first-aid kit. We’ll need tents, a spare tire, extra water and fuel cans, emergency radios, maps… Don’t worry, I already have a list!

Where will we go?

The plan is to see ‘The Rest of Australia’ which means avoiding the east coast and heading straight into the outback. When working as a travel agent, I didn’t often have enquiries for the west coast, but I do know campervans are the most popular way to go. Occasionally I would sell a tour for the Red Centre and Top End (Alice Springs and Darwin), but everything else out west? Never heard of it. I’m actually amazed at how little I know about WA after working in Australia tourism for nearly 8 months.

Planning has been more challenging, as there isn’t necessarily a popular route to take with a checklist of things to see and do. Most people who have seen WA and NT have done a more DIY trip with a ‘see how it goes’ feel.

After some research (and many afternoons spent browsing Australia’s Instagram page), the main places we want to see are:

If I’m honest though, the list continues to grow every day, as the more people we meet, the more recommendations we’re given. Also, it’s nice to not have every single day planned out with places to be, things to do, activities or tours. It feels a lot freer than a 6-week itinerary of the east coast.

How long will it take?

Not sure exactly, but it’ll have to be less than 3 months. Technically, our visas will expire in 7 days and we’re meant to leave the country, but we’ve applied for a tourist visa and are awaiting a decision. If approved, we have 3 months (hence the time frame).

We estimated 14,500 kilometres to see and do everything on the current list.

While we don’t know what wifi and reception will be like along the way, we will update everyone as often as we can, for just about everything we do. If you don’t hear from us for a few days, don’t panic, we’ll be ok… camping in the bush, avoiding the dangerous things in Australia that want kill us (crocs, snakes, spiders, etc), trying not to get dehydrated or break down in the middle of no where.

It’s a new adventure and I cannot wait.